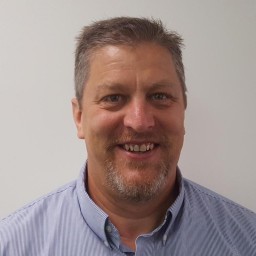 What is Xamarin – The Top 4 Advantages

Today we have our Founder and CEO Mark Roshon interviewing our Senior Mobile Developer Jeremy Loveridge. They’re discussing the advantages of a mobile app development software called Microsoft Xamarin. Continue reading to hear what Jeremy has to say about Microsoft Xamarin.

Mark: “Hello this is Mark Roshon with Tornado Technologies. We create custom software apps and software solutions to help other businesses achieve more. A number of our projects these days involve mobile development or mobile application. When I talk to clients about mobile development, I mention a tool we’ve used for a while, called Microsoft Xamarin. A lot of people don’t know much about Xamarin. I thought I’d talk about this topic with our Senior Mobile Developer, Jeremy Loveridge, to find out more about this mobile app software and why it might be a good choice for your company.”

Mark: “Let’s start out with the most obvious, what is Microsoft Xamarin?”

#1 Xamarin has a much faster development time

Mark: “If we’re going to do a mobile app, why wouldn’t we do a native iOS app or native Android app?”

Jeremy: “Xamarin can offer a much faster development time and rapid prototyping compared to a native development app. You’re sharing 95% of the codebase if you’re making an Android and iOS app through Xamarin. When using native, you’re developing two completely different codebases. There is no easy way to convert the two. You almost have to reinvent the wheel for each app when doing native.”

Mark: “Does a Xamarin app look exactly like a native iOS app?”

Jeremy: “The nice advantage of Xamarin, when compared to native, is that it is as close to native as you can get, without actually being a native app. When using Xamarin, you have access to low-level SDKs that allow for less work and you have two separate apps. Therefore allowing a Xamarin created app to almost look like iOS app and an Android app.”

Mark: “What is the top advantage of Microsoft Xamarin compared to native?”

Jeremy: “If you’re a developer and you’re creating an app using native software, you have to use two completely separate technology stacks. Android uses Java and iOS uses Xcode and Swift. Xamarin combines those tools together and you’re able to use one technology stack for both platforms. As a Xamarin developer, you’re working in the same environment using the same programming language, and you’re able to kill two birds with one stone. Since you’re only using one environment, that means less development time, therefore it’s cheaper to create.”

#3 It’s easy for an existing C# Developer to learn

Mark: “Starting from scratch, what would be the quickest path to getting someone on your staff up to speed?”

Jeremy: “I would say that having a developer learn Xamarin, rather than native would be easier and faster. Learning Xamarin takes half the amount of time compared to native. With native, a developer needs to learn Swift and Java software to create an iOS and Android app.”

#4 Xamarin has better performance than most hybrid apps.

Mark: “I know there are lots of other hybrid tools out there, why don’t you use a hybrid tool like Cordova?”

Jeremy: “Xamarin’s shared code is 96% whereas the hybrid platforms are 100% shared. The drawback of hybrid tools is that they take a big performance hit. They don’t have the same native level of performance that Xamarin has. Many developers consider Xamarin to be more of a native app rather than a hybrid app. Cordova has more layers and there’s lower performance. If you wanted to create a quick and simple app, maybe you want it desktop cross-platform, Cordova would probably be the best option.”

When it comes to developing mobile apps, there are a lot of tools to be considered. And with each different development tool (native, cross-platform, and hybrid) there will be drawbacks. So when it comes to choosing the right development tool for your mobile app, make sure you are looking at the pros and cons of each software tool before just choosing the lowest cost. Microsoft Xamarin has 4 great advantages, which include a faster development time, lower cost, it’s relatively easy for a C# developer to learn and it has better performance than most hybrid apps.

As a custom software Cleveland company, Tornado Technologies offers a wide range of solutions for businesses large or small. Whether it’s mobile app development, web app development, material optimization, or legacy application support, the Tornado Team is happy to work with you and your business.